REBAR TYING TOMOROBO© is a collaborative robot that ” works alongside people.” It automates simple tasks of rebar tying in construction work by just installing commercially available handheld tools. It frees on-site workers from tedious repetitive tasks and allows them to focus on work that requires more advanced skills. When you use TOMOROBO© efficiently, you can improve the worksite productivity and reduce the burden on workers. 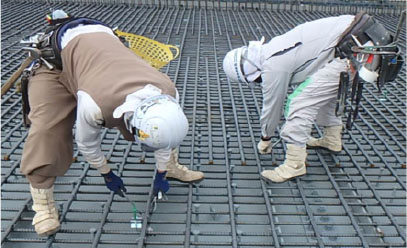 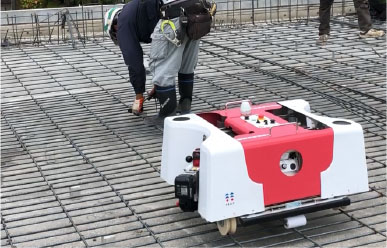 TOMOROBO© ties the intersections of rebars on dirt floors or slabs accurately, on behalf of on-site workers who do it manually one by one. It frees construction workers from the tedious tasks and allows them to focus on work that requires more advanced skills.

Tying Time is Only 2.7 Seconds or Less per Location Adapts Automatically to Changes in Rebar Pitch

When using two tying tools with a pitch of 200 mm, it ties quickly in 2.7 seconds or less per location.
It senses intersections of rebars as it goes along and automatically adapts to changes in pitch. Pitch allowance is ± 20 mm. Furthermore, it senses intersections even if there are variances in height or angles and ties them securely. 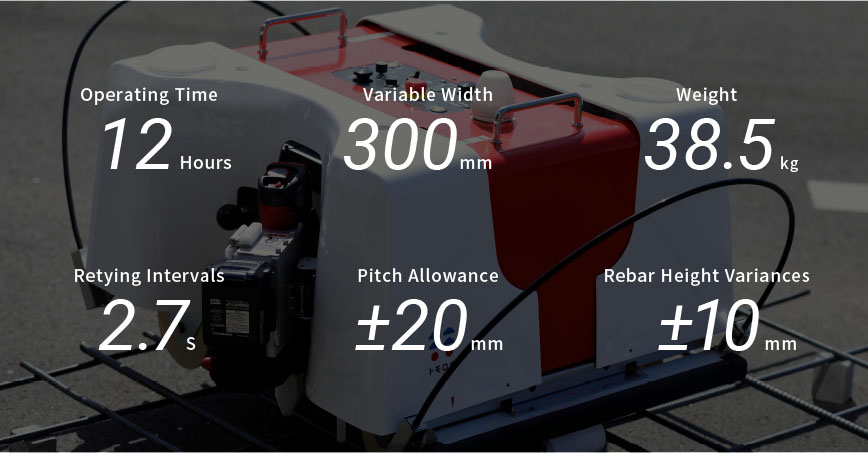 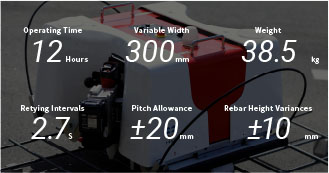 TOMOROBO© Increases the Productivity Per Worker
by Automating Simple Tasks 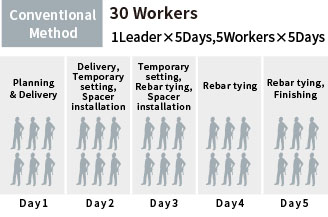 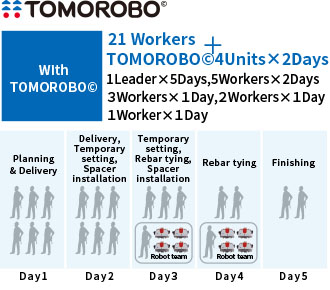 Very easy to use. Just attach two MAX RB-440T rebar tying tools* (one on each side) to become an autonomous rebar tying robot. Attach easily with special adapters.

*Tying tools made by other companies can also be used. Please contact us. 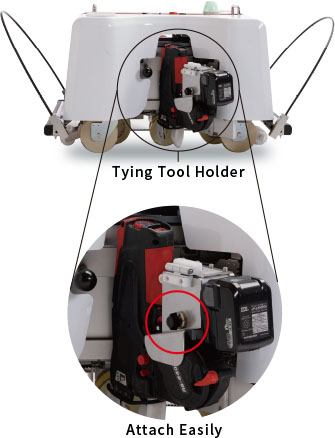 Easy to Use with a Simple Controller

The controller is very simple. You can select “all intersections,” “every other intersection,” or “every three intersections” with a single switch. Because there is no concept of front or back, it can be used in various ways such as one-way and round-trip. 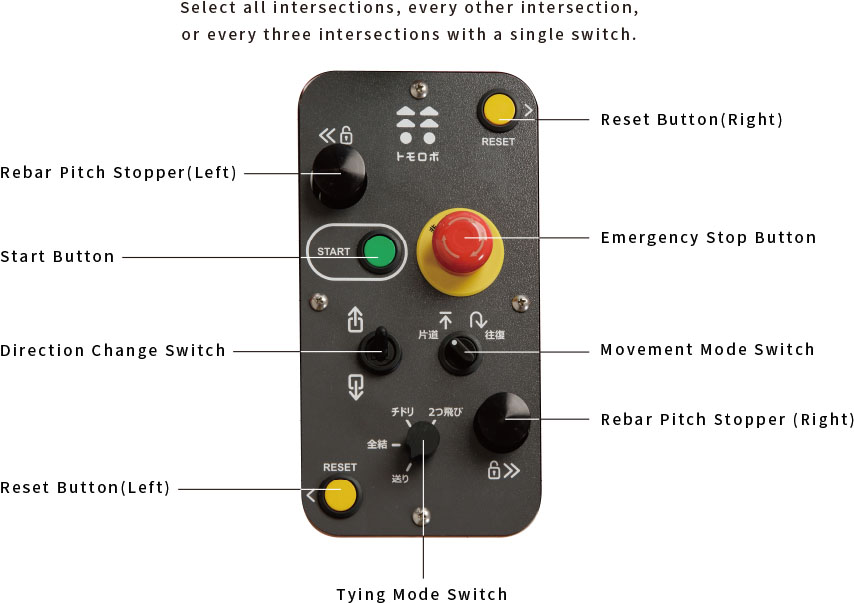 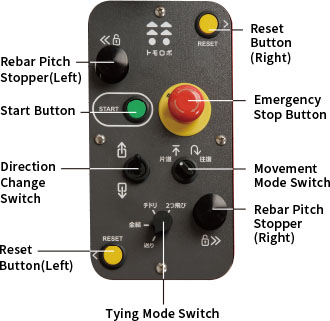 As a Human Collaborative Robot, Safety is Top Priority

Since TOMOROBO© has sensors on the top and bottom, for instance, the lower sensor detects when the robot touches your feet, or the higher sensor detects higher obstacles and makes an emergency stop. 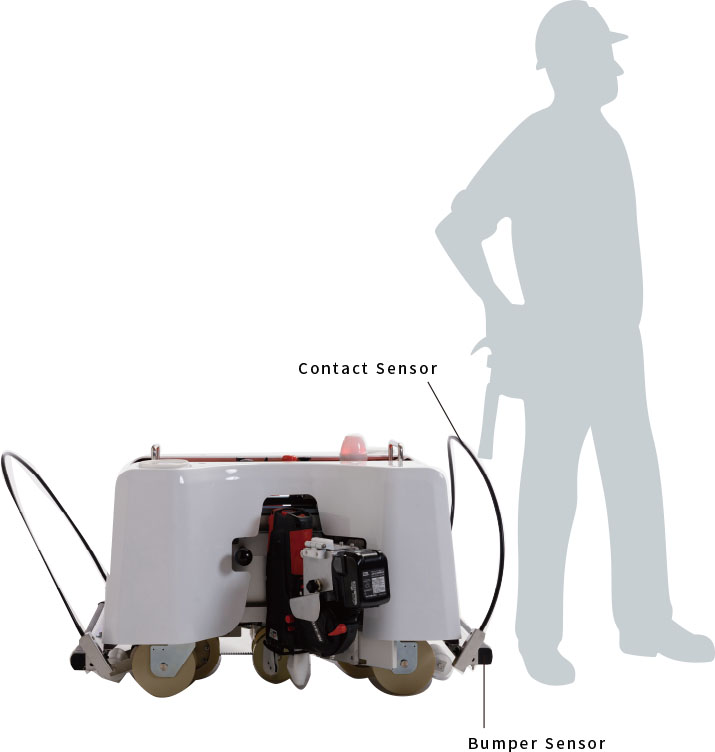 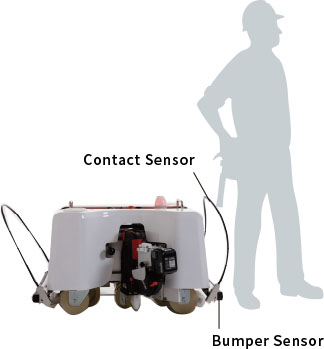 By focusing the minimum functions necessary to automate simple tasks, we have achieved an affordable low price. 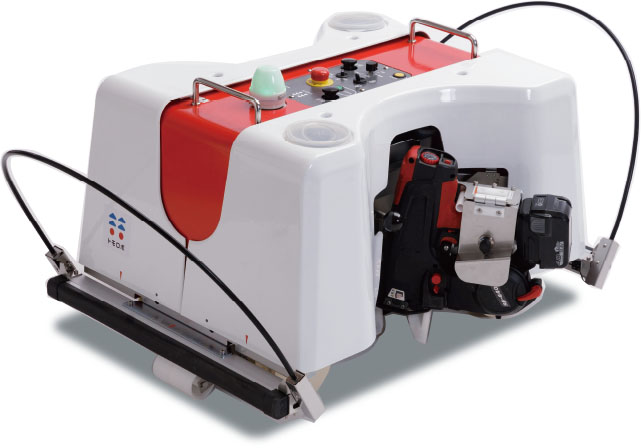 What KEN ROBOTECH is Aiming for
The Stories Behind TOMOROBO© Development